8 Ways to not be a prisoner of your past

Many of us have memories of things we’ve done or had happened to us in the past that are painful to some degree or another and we rather not think about or tell anyone. Most of us manage to move on with our life and that is a key distinction from those of us that haven’t let go.

Life is about moving forward, not backwards. If you keep looking backwards, you’ll never move forward and hinder your chance to grow and ultimately succeed.

I don’t claim to be an expert on the subject of helping people deal with a troubling past, but I wanted to post this to the blog based on my research and a little bit from personal experience. Having said the following are 8 ways to let go of your past to stop being a prisoner of it.

1.) Don’t hate the hurter/what hurt you

When something really terrible and hurtful has happened to you in the past, the natural response is to deeply hate who and what hurt you. The memory of what happened keeps the hate alive and it will eat away at you. It will destroy you if you’re not careful. The resentment of what they’ve done to you keeps the memory of it alive and real in your mind. It’s like you’re replaying a bad movie over and over again. Of course, I realize that telling someone to not hate some who has done something really despicable to them is easier said than done, but one important step is to really recognize that you are deeply resentful for what they’ve done to you. Try to be objectively aware that you hate them and that you forgive them for what they’ve done to you. It will take time, but removing the hate is crucial first step in getting past this thing.

The same is true if you’ve done something regretful in the past. The embarrassment or shame pain of what you’ve done will continue to haunt you forever. You won’t hate the victim but rather yourself. Here you have to forgive yourself and move on.

“As I walked out the door toward my freedom, I knew that if I did not leave all the anger, hatred, and bitterness behind that I would still be in prison” – Nelson Mandela

Some people live their whole lives without talking about a past hurt they experienced. Just remembering the event is painful enough and talking about it will only make it worse, or so they believe. But what you have to consider is that talking about the past traumatic event, can be therapeutic, at least for some people. You should definitely do this, at least once, if you’ve haven’t talked with anyone about the issue before. This technique works for some people and it may work for you.

4.) Take solid steps to move forward with your future

You have to move forward with your life, despite your past. Yes, it may be hard at first, but you can’t let whatever trauma from the past close the door on your future. Making plans for and moving forward with getting on with your life to better yourself will have at least one benefit and that is it will help (at least a little bit) with getting your mind off what haunts you from your past, and it sends a subconscious signal to your mind that it’s time to move on.

“Brothers, I do not consider that I have made it my own. But one thing I do: forgetting what lies behind and straining forward to what lies ahead” – Philippians 3:13

5.) Get rid of any painful reminders

Part of the process of freeing yourself from the chains of your past is to get rid of any reminders of what happened if possible. Seeing these things in your life will only help keep the painful memory of it alive such any old pictures you have of someone who hurt you should be thrown out (or at least put away). If the pain of your past is associated with a particular location, such as house or neighborhood, then move out and leave that area if you are able. Getting rid of some of these reminders won’t be so easy but you have to give it a try because keeping them around is to keep around a kind of physical manifestation of the memory that will only hinder the healing process.

6.) Apologize to anyone you hurt & wronged

If you were the one doing who was the aggressor, doing the victimizing, the one who has done wrong to someone else then it might be a good idea to make peace with anyone who you’ve hurt. It won’t be easy, they likely don’t want to see your face or hear from you, and you won’t be comfortable with doing it, but you might consider taking this important step with freeing yourself from the burden of the past. Getting past your regret and pain you caused someone might be a little easier if you can make a truly heartfelt, sincere apology if the victim(s) are willing to talk with you.

“God doesn’t care who you were. He only cares about who you are!” – Cowboys & Aliens movie

7.) Understand and heed the lesson to be learned

A crucial step in freeing yourself of the burdens of your painful, sorrowful past is to do some soul searching, looking past the pain of the experience at what your role was in what happened and how might you be able to prevent it in the future. If you were the victim, you might be thinking that you had no choice and there was nothing you could do. And that might be very much true, BUT perhaps, on the other hand, if you look deeply enough, there is a lesson to be learned. Maybe there was some decision you made somewhere such as something you could have did differently that could have prevented what happened or at least minimized it.

If you were the one who was the victimizer and not proud of what you’ve done then you had more control over the situation than a victim would have had, and you really, really need to do some soul searching at your emotional state, your thought processes and subsequent choices you made that lead you to do what you did. You will certainly find a lesson to be learned that will keep you from doing it in the future.

Just like I said with #1 above about not hating the hurter, not dwelling on what happened is another one pieces of advice that is easier said than done but very crucial in getting this thing behind you for freeing yourself from the shackles of your painful past. Constantly recalling the event in your mind over and over again, replaying it like some video, and thinking that reliving the memory in every detail for the thousandth time will somehow make things different and somehow you will get past it traumatic event is a mistake. Constantly recalling the memory is keeping it alive and keeping you chained to your painful past. You have to let go of what happened.

One technique I think is interesting and could possibly help with re-framing at how you look at what happened and help in letting it go is this thought experiment from Hal Shorey, Ph.D:

The next time you are bothered by something and mulling it over in your head to the point where you are feeling annoyed or otherwise experiencing negative emotions, ask yourself: “If I did not have a memory, what would this present moment look like?” Would I still be having a negative experience? You can also ask yourself things like “what would this moment be like if I didn’t remember being lonely or feeling rejected, angry or afraid?” Don’t worry about deluding yourself. You won’t.

Lastly, I think meditation can help with objectively looking at your past, coming to terms with the traumatic event and finally letting go of the burden of your past.

One example of someone who overcame a dark past is rapper, entrepreneur and record executive Jay-Z (aka Shawn Carter). He was a high school dropout who allegedly shot brother for stealing his jewelry, sold crack cocaine and shot 3 times. Today he a billionaire. Go figure.

What else do you think should be done to remove the chains of your past and move forward with a bright future? Let me know in the comments. 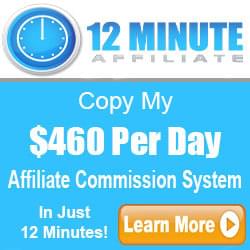